Sociologists with the National Study of Youth and Religion, based at the University of North Carolina at Chapel Hill, have found a significant positive correlation between a religious commitment and civic volunteerism among U.S. high school seniors.

In analyzing 1996 data from the Monitoring the Future (MTF) survey, a nationally representative survey of U.S. high school students, researchers found that nearly 17 percent of 12th graders who attend religious services weekly or more also volunteer their time in their communities weekly or more often. Only 7 percent of those who never attend church volunteer with the same frequency. 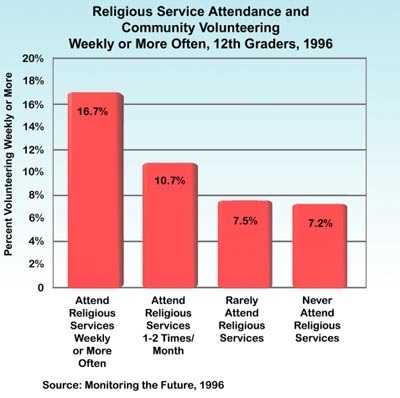 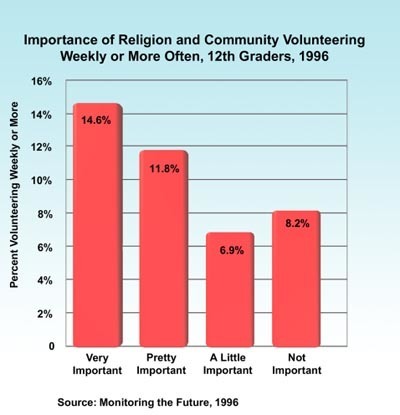 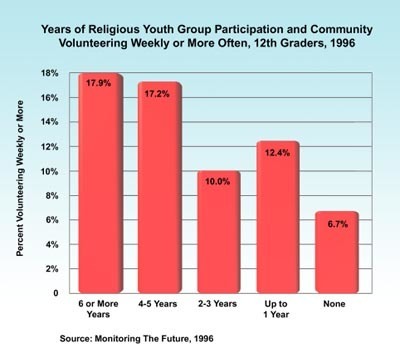 The differences noted are statistically significant, controlling for race, age, sex, rural/urban residence, region, education of parents, number of siblings, whether the mother works, and the presence of a father/male guardian in the household.

This preliminary analysis is designed to provide baseline information that will aid in the development of a comprehensive survey of adolescents for the National Study of Youth and Religion, a four-year research project being conducted at the University of North Carolina at Chapel Hill under the direction of Dr. Christian Smith. Funded by Lilly Endowment, Inc., this project is designed to enhance our understanding of the religious and spiritual lives of American adolescents.